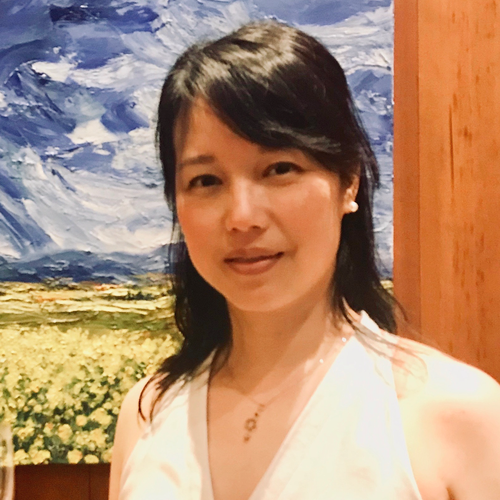 Past work: Project Manager of sensitive wildlife habitat restoration for the US Army Corps of Engineers for a number of years working with all the alphabet agencies such as the EPA, F&W, BLM, DWR, as well as coordinating efforts between engineers, environmental scientists, biologists, lawyers, and more.

Because of her strong multidisciplinary skillset, Lena is able to go both broad and deep into understanding all the complex issues behind the complicated study of electromagnetic radiation and its effects on human biology and the environment. And as a result, Lena was able to accomplish several key original scientific research and is the only one who has ever done an in vivo study on live blood analysis showing the effects of WiFi on the blood of a schoolteacher in real time, a first project of this type ever to be performed inside a school.

Lena was also a political activist for several years lobbying at the California state capital fighting cell tower and 5G bills giving testimonies before senators and other government officials the biological damage and harm that comes from exposures to wireless radiation. She is also a guest lecturer at the University of California at Davis warning students the dangers of wireless radiation exposures and how to use all technologies responsibly and safely.

Over the last two years, she has spearheaded a grassroots movement in her town fighting against the 5G/4G deployment with some success in the rewriting of the city ordinance gaining cell antenna distancing in neighborhoods whereas before there were no safe distancing.

Lena is also featured in the newly released July 2020 Ickonic Productions documentary film, “Unnatural” on 5G wireless radiation produced by Jaymie Icke, featuring his father, David Icke and myself along with six other EMF experts. She was asked to help edit the 5G portion of David Icke’s most recent book, “The Answer” that was just released this year August 2020, in addition to quoting her work and research in his latest book.

Currently, she has formed a formidable international group of folks whom she affectionately calls her “Freedom Filers”, who are taking back their power and serving the world’s central leaders of government and industry making them accountable for their destructive agendas using a document, a conditional acceptance contract the “Notice of Liability for Non-Consent & Injury” (NoL). Top leaders all over the world have already been served this NoL, including the head of the FCC, FDA, CDC, WHO, attorney generals, surgeon generals and countless others. This is the first document to ever be created that covers all three agendas, the 5G IoT, vaccines and geoengineering.

You can find more information on her research and interviews at: lenasfabulousfrequencies.com To access her Notice of Liability, documents, audio recordings, please join her on Patreon.

Here are some of her presentation and interview videos that reveal some of the level of research she has achieved in her deep research over the many years of delving into the effects of EMF/RF. The very first video, the Silicon Valley Health Institute is her breakthrough debut of the blood study she did on the school teacher. Her blood images slides are shown in this video only.