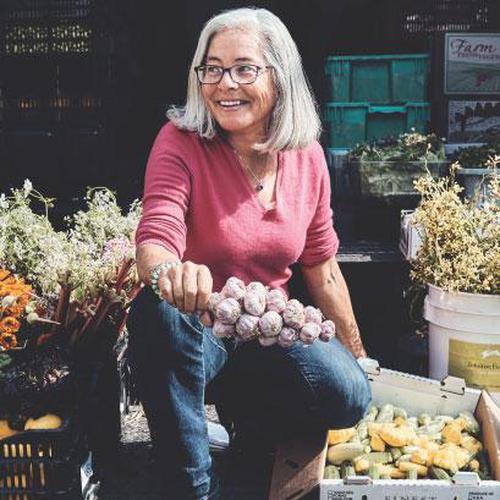 Aggregator, educator, public speaker, published writer, and acclaimed forager, Kerry Clasby is the founder of Intuitive Forager, a professional foraging, farmers market, and retail company. Kerry is one of the original pioneers of culinary foraging and for over 2 decades has been sourcing top quality-rarefied produce for celebrity chefs with world-renowned restaurants in Las Vegas, Los Angeles, San Francisco, and New York. Her awarding winning Farmers Markets are an extension of Kerry’s commitment to bring the same farm-to-table produce to ‘community.’

She is the face and voice of the family farmer to master chefs. She represents a secured revenue stream for organic growers through her culinary distribution and farmers markets, an income necessary to support the progress of sustainable agriculture in light of the continued and aggressive growth of commercial agricultural.

Kerry is a Boston native who studied Political Science at Boston College before doing corporate stints at IBM and Xerox. After attending The French Cooking School in Boston, Kerry envisioned a more naturalist approach to cooking in contrast to a ‘traditional’ style. Her influence was well received and Kerry discovered her talent and her mission.